As reported previously, the US Senate is cooking up a federal bill to cover sports betting in the US. It hasn’t really gained much traction, especially since this matter is being handled by states on their own. But Senator Mitt Romney (Utah) as well as Chuck Schumer (New York) are not willing to give up just yet on a federal sports betting bill.

Of course, the best sportsbook pay per head providers are already helping bookies earn money from wagers placed across markets on a local and international level. The numbers are showing an increase in both number of bookies, as well as the number of players placing bets. Since the PASPA repeal last year, a lot of pay per head reviews talk about gambling software that will best suit their respective operations. 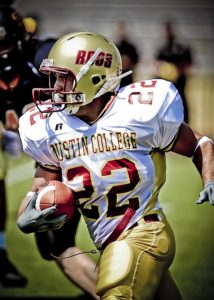 But the Senators are getting support from the National Collegiate Athletic Association, or the NCAA. Through NCAA Vice President of Hearing Operations Naima Stevenson Starks, the sports body has aired their sentiments. According to Starks, they are “absolutely supportive” of federal regulation. They find it daunting that each state will have their own set of regulations on the matter. They would support measures that would allow minimum standards across the country.

Of course, its not a secret that the NCAA has been against legalized sports betting. They argue that its not good for college athletics, since they want their people kept away from influence, money, and the like. They may even push for an exemption at this point.

But college sports does generate a lot of action. Pay Per Head service providers can offer this if needed by their bookies, particularly college basketball, baseball and football. As for US states, some of them have outright banned collegiate sports wagering, while some allow it. Of course, that comes with a caveat that states cannot allow betting when a game involves a school that is within their state.