Many basketball fans and Easy Pay Per Head news readers have been wanting to see Kawhi Leonard back in the court playing for the Los Angeles Clippers. If you recall, Leonard missed the entire 2021-2022 season due to a torn ACL. It has been an ordeal for the star player, and he has been making progress in his goal to get back in the game.

If you want to explore other betting options while waiting for Leonard, you can check this eSports directory. But you may not be waiting too long, as we have already seen Leonard back this season. Of course, its very natural to take his time to go back lest we risk seeing him get further injury. But last month, Leonard played two games out of the Clippers’ first three games. Leonard played from the bench, and missing time again, this time with a knee injury. 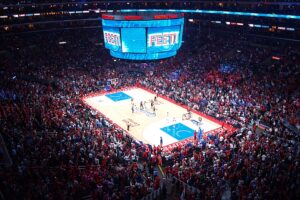 Kawhi Leonard Back in the Court

Leonard has not played since October 23, and there is no official announcement on when he will be returning. He has, however, been playing during training. Clippers head coach Ty Lue has said that he is getting closer to going back. The team has been mum if Leonard will be able to return soon, or if the will wait until if they reach the playoffs before returning. Betting lines in your sportsbook pay per head will reflect any changes as soon as news on that will come out.

But Leonard’s absence is something that while missed, has been worked around by the team. The Clippers are now 7-5, and are the No. 6 seed in the Western Conference. The Clippers are being ambitious in that they want to win their first championship title. While it may not happen without Kawhi Leonard, they are surely performing well enough to make it easy for the injured player to steer the team to a postseason performance this year.