One of the biggest changes in the NBA rankings is the drop of the Golden State Warriors from a Pay Per Head Bookie favorite to one of the lower-performing teams in the league. The main reason for the drop in ranking and performance is the absence of Stephen Curry since October 2019. We’re giving you a quick update on Steph Curry’s injury, and how the team is working around Curry’s absence and recovery. 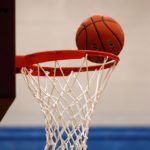 Curry broke his hand back in October 30, and has since been absent from the court. He has to take time away to recover from his injury and operation. A lot of talk from bookie pay per head bettors centers on whether they think Curry will be returning this season.

It is, in fact, in the works. GSW Coach Steve Kerr said that Curry has clearance for contact, and is playing scrimmage with the rest of the Warriors. We will be seeing a more detailed update on February 28 regarding Curry’s status. Its everyone’s guess if Curry and meet his personal goal of returning to the court by March 1, 2020.

Status of the Warriors

The Warriors are dead last in the western conference. There are less than 30 games for people to bet on in their preferred sports betting platform. It may be a smarter option to take the loss this season and focus on getting Curry ready for the next one. It will, after all, get them a high lottery pick. But Curry, aggressive and passionate as he is, may be wanting a quick return to the court to attempt to salvage their ranking.

Coach Kerr does want Curry to get more experience with his other teammates, especially the new ones. He believes that Andrew Wiggins, for one, and Curry, should get to know each other and play together well. Despite Curry’s skill, he also relies on good teamwork, and given the roster changes in the Warriors, Curry will need to rebuild that level of bonding with the new lineup.